Anping County of Hebei Province, named as the “the hometown of China wire mesh”, “China Wire Mesh Production Base ”, “China Wire Mesh Production and Marketing Base”, “The National Foreign Trade Transformation and Upgrade Professional Demonstration Base”,“ China Wire Mesh Export Base”, “Famous China Wire Mesh Weaving City”, “Capital of China Wire Mesh”, “National Excellent Industrial Cluster”, “National Hardware Industry Advanced Industrial Base”. After more than 500 years of development, wire mesh industry has become ANPING’S characteristic industry and pillar industry.  It was widely used in industry, agriculture and scientific research field, which covers more than 80% in production and export in China. China Anping International Wire Mesh Fair is one of the eight provincial and ministerial exhibitions in Hebei Province approved by the Central Committee and the State Council. It is also the only global mesh products exhibition.

In 1488, in the first year of Hongzhi of Ming Dynasty, there was a silk workshop in Tangbei village, Huangcheng Township, Anping. The sponsor and organizer of the workshop are to be examined.

In 1504, the 17th year of Hongzhi of Ming Dynasty, wanggezhuang and hujialin villages had about 70 mane processing households, whose names were to be tested.

In 1900, in the 26th year of the reign of Emperor Guangxu, it was recorded in the local records of Shenzhou that "the silk of Anping is the only place in the world to win the competition." in the near future, foreign merchants will enter the market from afar, with horsetail, cattle and pig hair everywhere, and the county town will have to rush, so merchants will not be poor because of the silk. ". Anping is the distribution center of mane trade, and mane processing is very active.

In 1925 (the 14th year of the Republic of China), song Laoting (a native of ximanzheng Village) introduced silk screen weaving technology from Fengtian, and hired Wu Baoquan and other three technicians to set up a Tongluo factory in Xiangguan village.

In 1933 (22 years of the Republic of China), there were 12 small wire drawing machines in xidaliang village and ximanzheng village.

In 1939 (39 years of the Republic of China), the Anti Japanese government established Anping united society, and then there were silk screen management and sales agencies.

In 1946, the weaving industry was put under the management of Pingyuan Union.

In 1947 (36 years of the Republic of China), Wang datu (a native of Wang Hulin) built a small wire drawing factory with three wire drawing machines

In 1954, luoye production was put under the management of the handicraft industry association.

From 1966 to 1976, during the cultural revolution, individual silk screen processing was banned.

In 1972, luoye production was put under the management of the industrial service station. Anping County Luochang, the local state-owned weaving factory of Anping County, was established, and its director was Wu Ronghuan.

In 1980, after the Third Plenary Session of the Eleventh Central Committee of the CPC, individual enterprises developed rapidly, and collective enterprises in counties, townships and villages developed in an all-round way. Beihuangcheng agricultural and industrial complex (28 households of the second production team of beihuangcheng) was transformed into beihuangcheng silk screen factory, with factory director Wang Jianguo and deputy factory director Wang Yansheng.

In 1982, a special management organization, wire mesh company, was established.

In 1999, Anping was awarded the honorary title of "hometown of Chinese silk screen" by China Hardware Association. 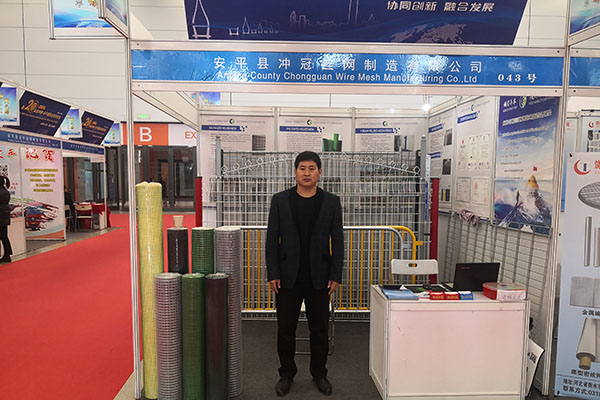 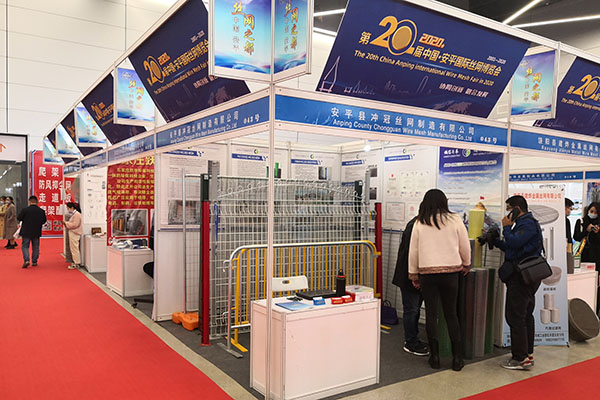 barricade for crowd control and pedestrians